* Graduated from Hibbing High in 1961

This list is from the archives of Kay Breseler 4th Grade Displaying dolls that represent other lands. (above) 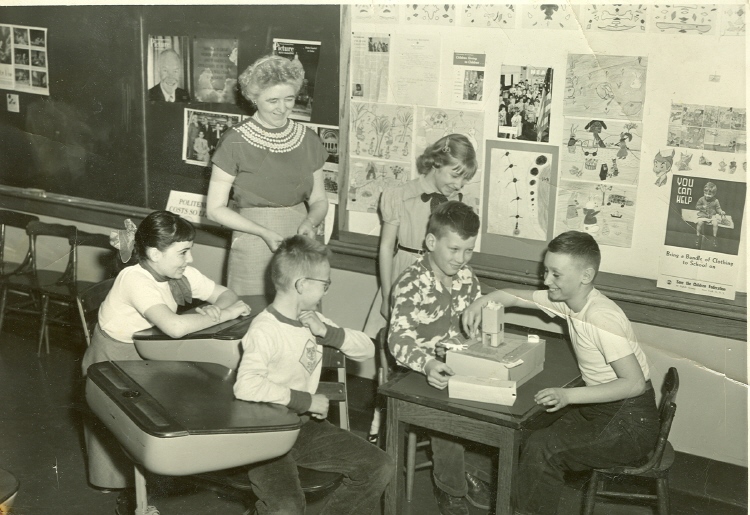 Following is the article which appeared under the picture: 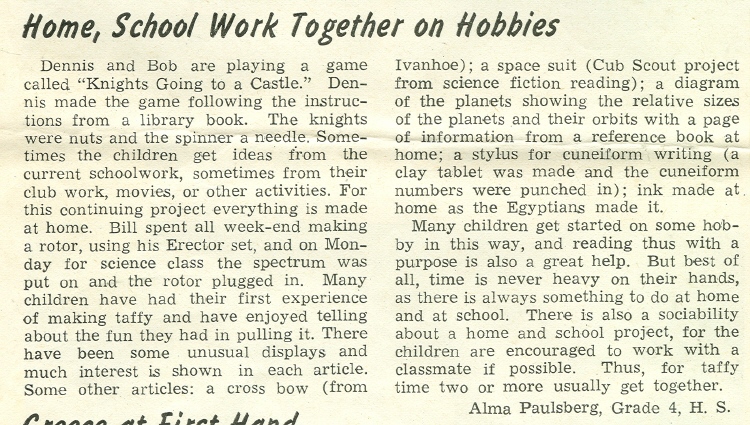 In the same issue of "ORE BITS", this picture and the caption appeared. Can anyone tell us who these kids are?
Being 4th graders in 1953, they would be members of the graduating class of 1961. 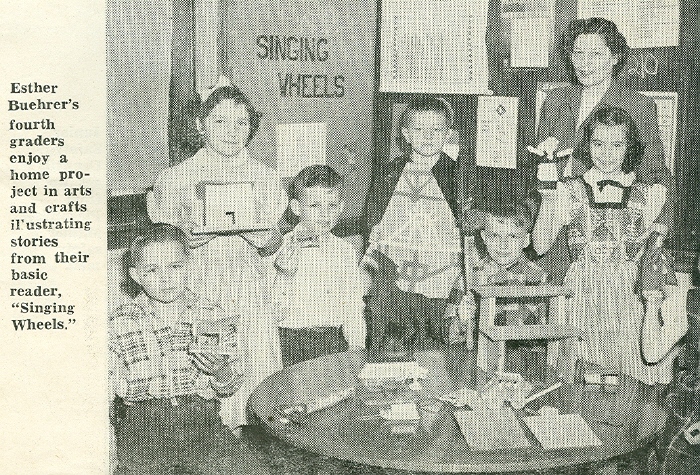 Per Keith Grundfeldt: Dennis Carpenter is on the left, James Demgen is to the right, Keith Grundfeldt standing next to the teacher. Unsure who the two girls are or the boy seated on the right hand side.

Kindergarten photo was taken in classroom during a birthday party for Billy Kangas. Photo taken
Janurary 1949, probably by Arnold Maki. 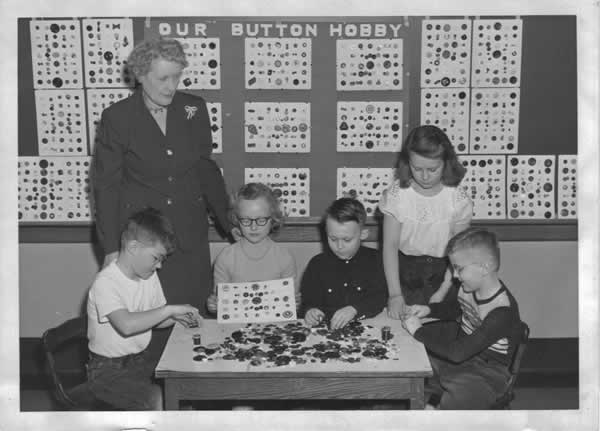 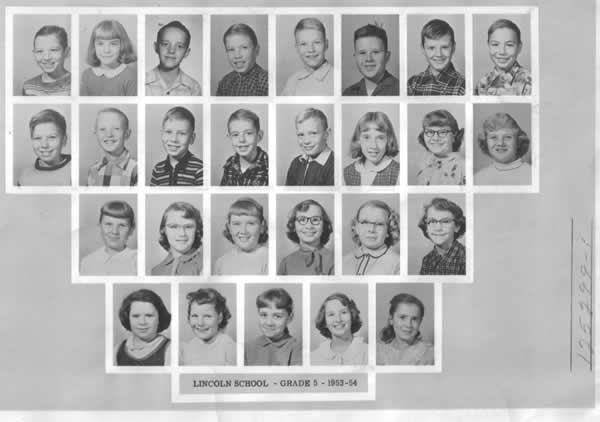 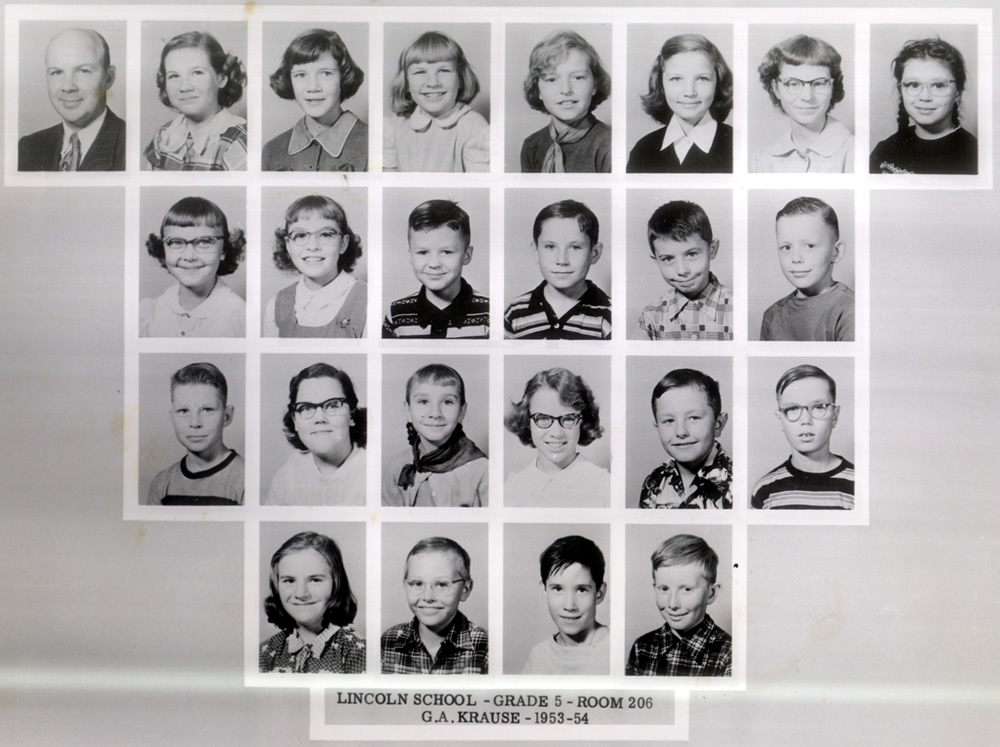 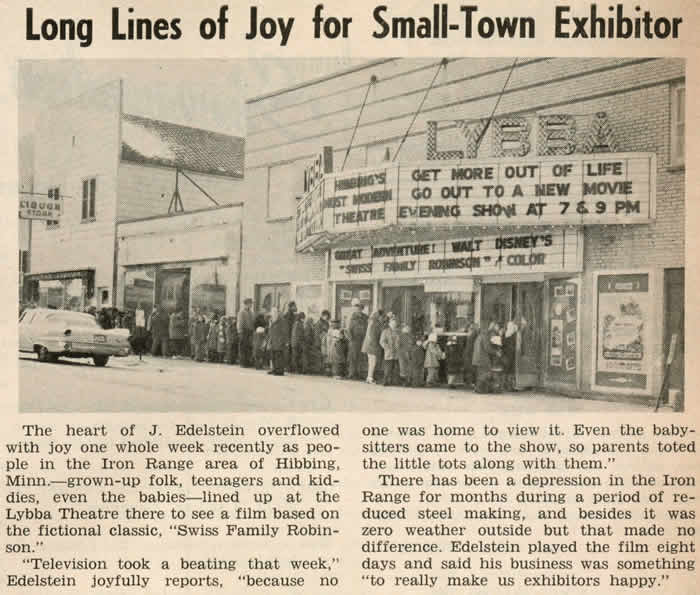 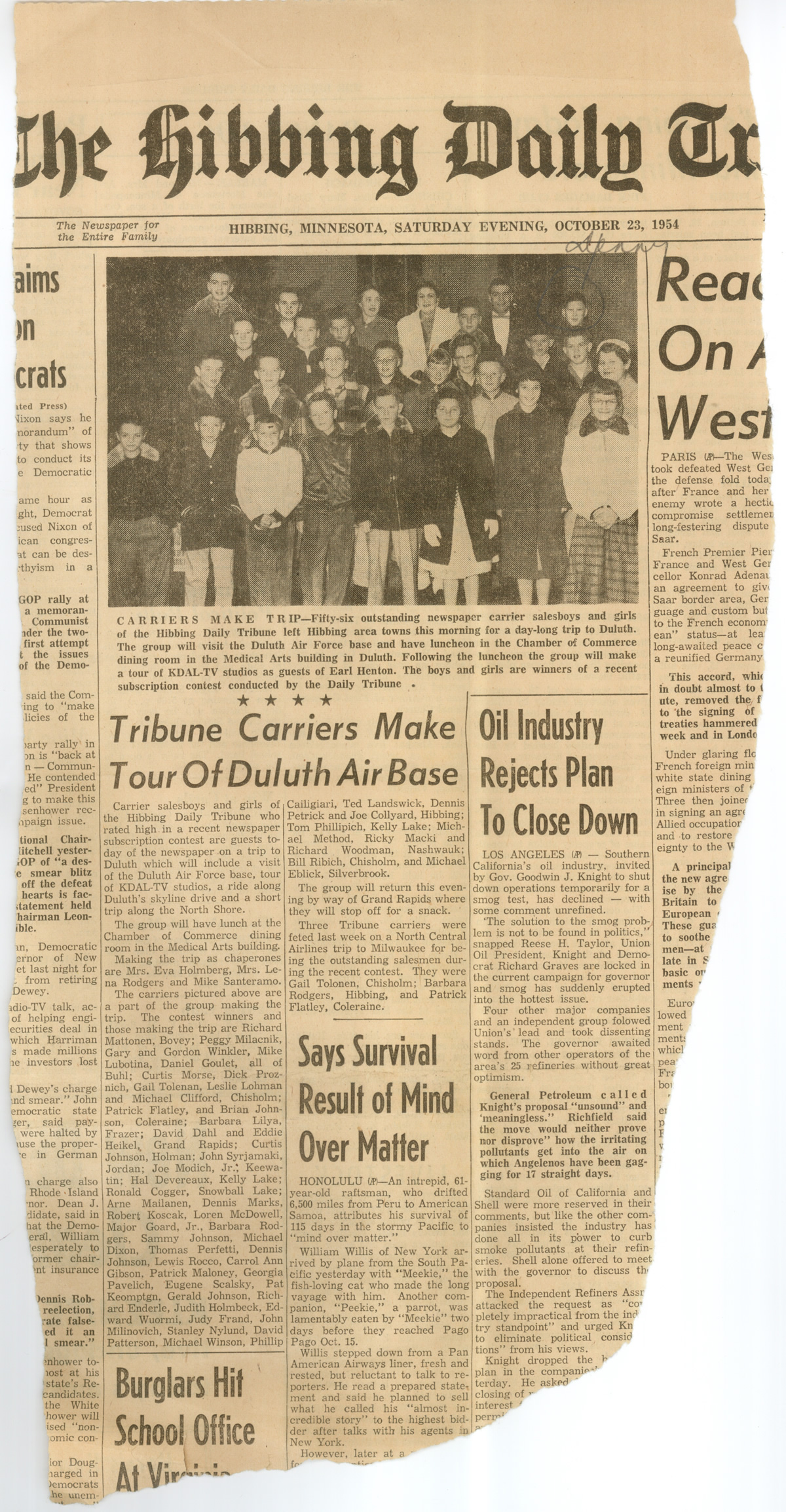